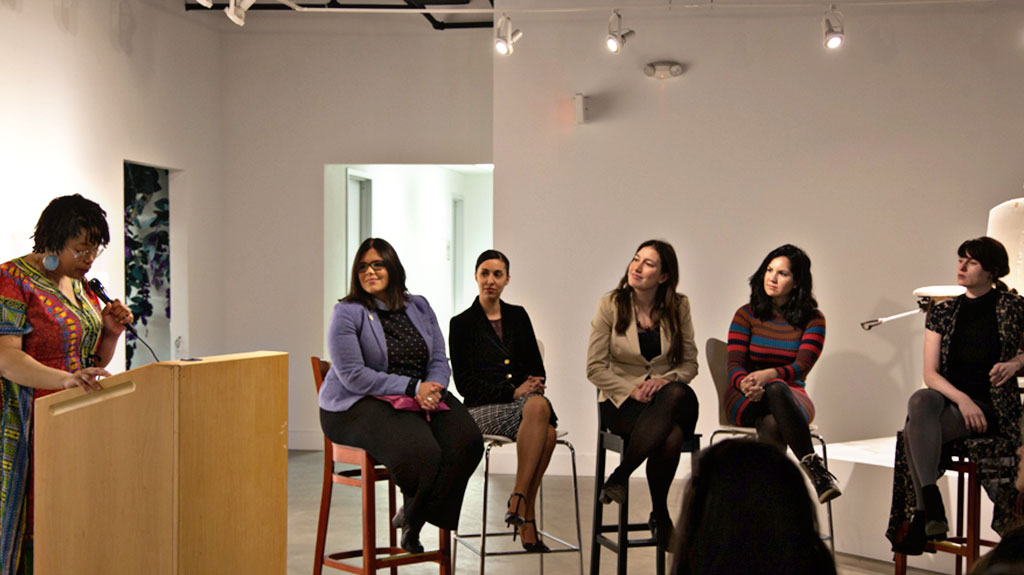 What does it mean to be a successful woman in 2017? According to 2016 BNP Paribas Global Entrepreneur Report, almost 90% of women entrepreneurs expected their companies’ gross profits to increase or remain stable in the next year. More specifically, 61% expected profits to rise, compared to an average of 58% among all entrepreneurs. Are we to measure success by statistic or experiential growth? Women-In-Novation indirectly focused on this question.  =SPACE hosted Women-In-Novation to showcase the power of women. It is important for people to see women like our Keynote speaker, Nathalie Molina Niño, Founder and CEO of BRAVA investments, a multi-million dollar holding company, discuss her experience as an entrepreneur.

When women are discussed, there is a major focus on being perfect and brave. They have to walk a mile in their predecessors’ shoes instead of trying on their own. We only acknowledge a women who diverts to a different path when there is crowd. We do not walk with the woman when she is struggling with the bumps and steep curvatures that they have faced or will face in the unforeseen future. Society is a fickle beast that “goes with the flow” because it is how we humans learn to survive. However, there are women who leave society at the door, to watch their magic come to life, and it’s time that we stop waiting until we hear sounds of success to accept change.

Women-In-Novation celebrated the women that thrives on change and challenge. We support everyone who is willing to take charge and make change. Women-in-Novation is not only about women but also about enlightening everyone and showing that powerful women are nothing to fear.