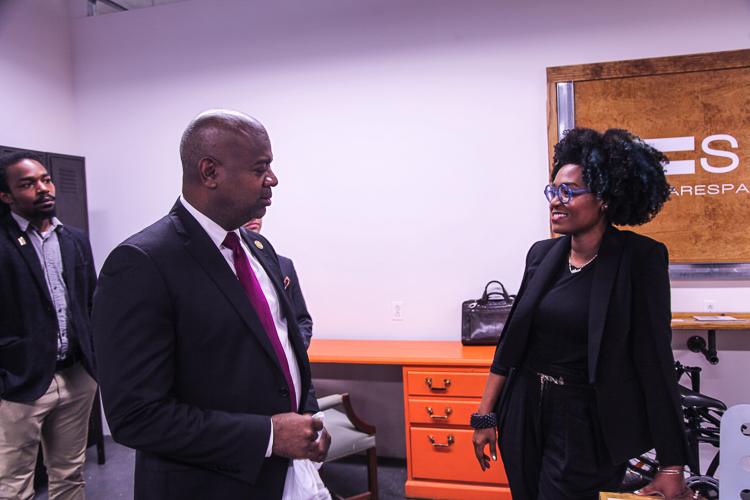 Thursday, October 6th, = SPACE hosted its second annual Tech Town Hall. The theme this year: Progression in Tech. The goal was to continue the conversation around Newark forging ahead as a leading tech hub, as well as expand how technology affects the city’s economic development.

Many many businesses, tech partnerships and programs have developed since the first Tech Town Hall, as well as the emergence of black, brown and women tech professionals. On this evening, everyone reconvened at the table to not only compare notes, but also share their latest ideas and advancements in innovation.

Additional highlights of the evening included power talks from Anthony Frasier, founder of The Phat Startup and author of the book Don’t Dumb Down Your Greatness, along with Sylvia Wandahwa, Co-organizer of Women Techmakers New Jersey, with a culminating keynote address by Rakia Reynolds, President of Skai Blue Media.

Affiliates from NJIT, Brick City Tech, and Code for Newark got the chance to hear about the progression in tech from Newark’s Chief Information Officer, Seth Wainer, Code for Newark’s Brigade Captain, Isaiah Little and representatives from Newark Venture Partners, the leaders in startup and business incubation in Newark. Moreover, companies such as Sociosmith, Fownders, and Blastchat spoke briefly about their businesses and the new programs they’ve brought to the city.

Have an idea and need capital? Steve Gomez from Greater Newark Enterprises Corporation (GNEC) gave brief tips on how to establish capital, clean up your credit, and additional resources that can be utilized through their offices.

“Tech is opportunity of social entrepreneurs…”

During the Q&A session with Mayor Ras J. Baraka, he discussed how to remedy the lacking access of tech for communities of color and women. He states, “we have to do better at democratizing ownership and access to technology and tech companies.” Continuing the discussion, he briefly spoke of new programming coming to the city, such as a tech academy/lab powered by Panasonic, as well as the success of current coding classes held at = SPACE and other vendor partners.

When asked how Newark is gauge the interest of other cities and companies to do business in the city, the Mayor referenced the city’s ideal infrastructure to enable tech, along with the ability to provide the fastest WiFi on the east coast and the nation. In addition to the infrastructure, Newark has developed a “new and bustling marketing for tech companies, startups, and incubator spaces.” And it’s not just commercial business that makes Newark the perfect city for tech advancement, its educational institutions NJIT and Rutgers, specialize in tech and social entrepreneurship.

Tech literacy is the newest language of the community

Mayor Baraka believes that tech literacy is the key to uniting the community and pushing forward in the tech age. To wrap up the Q&A, Mayor Baraka discussed using tech to create a safe environment for some of the city’s most vulnerable —women. His goal is to create an app that removes the onus of security on the individual and places it back into the hands of society.  There are investments on the table for such a tool, and he believes that this step in the right direction will set the precedent for similar technology to make Newark’s communities safer.

“I invest in people, not products…”

In the keynote address by Rakia Reynolds, she spoke of her humble beginnings as a media and tech professional and the difficulties she faced being a woman of color. It was through her frustration with restrictions and the need for creating digital content for PR, that she created her company.  With close to a decade in business, Skai Blue Media provides full-services media relations for tech companies, lifestyle brands, and social entrepreneurs. She’s even positioned herself to become an Angel Investor for tech startups. Her latest client Marley Dias, is currently Editor-in-Residence at Elle Magazine and the creator of Marley Mag housed within the Elle brand.

“If there’s a way you can be smarter, faster, better, you do that with technology,” says Rakia as she encourages participants to think outside of the brick and mortar concept.  During her brief Q&A, she broke down the importance of using high performing social platforms, no more than two, to implement storytelling, create an authoritative voice around products, and build communities.

The overall gain from the second annual Tech Town Hall is that technology in Newark is moving at a rapid pace. Black, brown and women techpreneurs are at the helm of digitizing the business world, changing the landscape of economic development, and creating opportunities to merge, grow and scale, multiple industries with the use of tech.

Newark tech is indeed progressing forward and continues to validate its seat at the table. 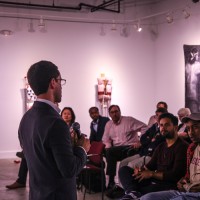 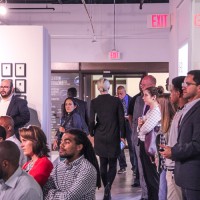 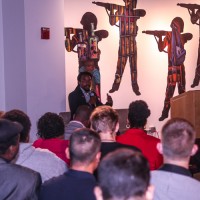 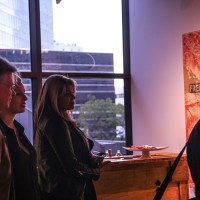 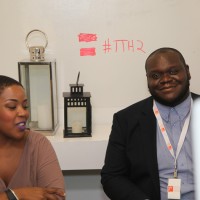 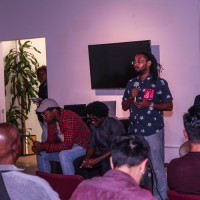 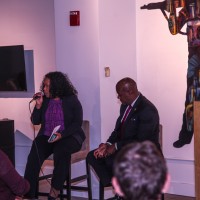 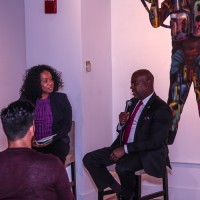 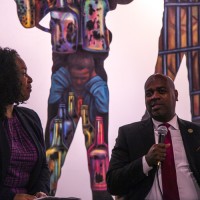 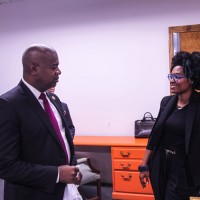 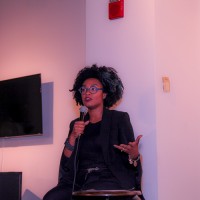 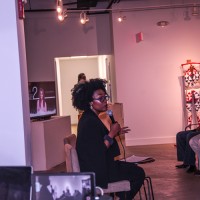 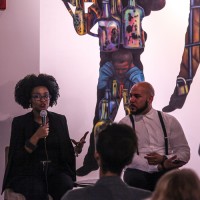 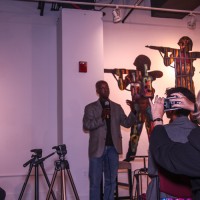