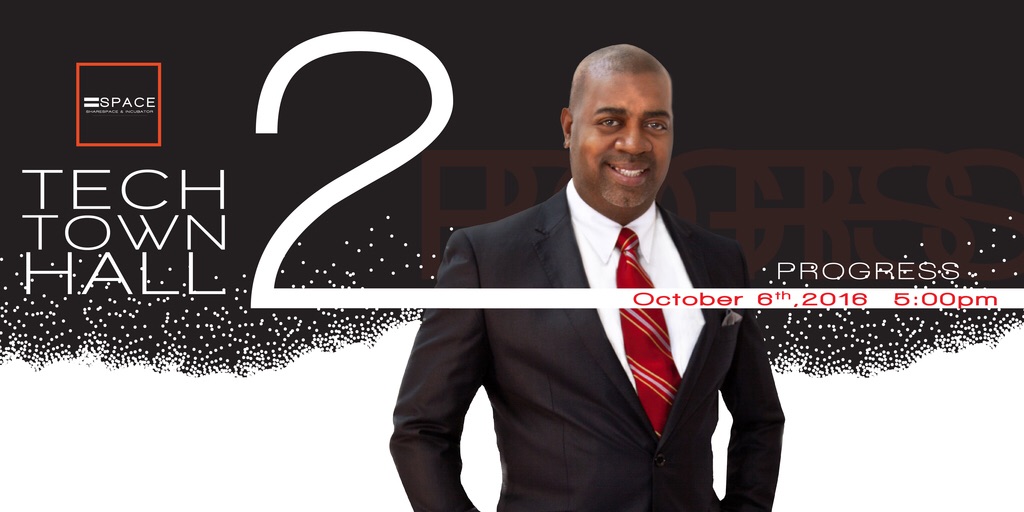 Progression in Tech is the theme for the second installment of EqualSpace’s (= SPACE) Tech Town Hall series.  The cornerstone of the first installment centered around reintroducing Newark as a leader of tech in the community, as well as sparking the conversation around Newark being fashioned as a Tech Hub and how it affects the city’s economic development. This year’s theme of progression, discusses the businesses, partnerships, and programs birthed since the first Tech Town Hall.

Anthony Fraiser, co-founder of The Phat Startup, will also speak on Tech & Power, followed by a book signing for his latest novel, Don’t Dumb Down Your Greatness: A Young Entrepreneur’s Guide to Thinking & Being Great.

The event will be on October 6th from 5pm-8pm. We hope to see you there and we appreciate the support! RSVP: http://bit.ly/2aWhmby