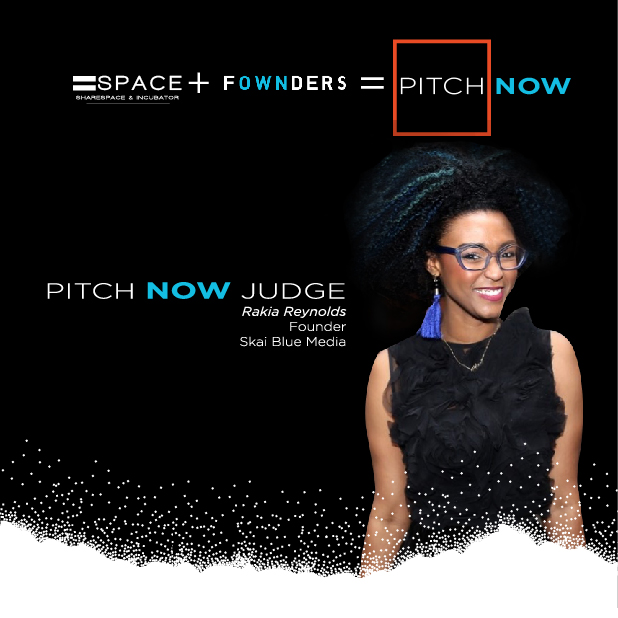 Rakia Reynolds is the founder of Skai Blue Media, a multimedia communications relations agency focused on the business, branding, and bragging for an all-star roster of lifestyle, technology and nonprofit clients including Ashley Graham, Dell, Visit Philadelphia, Marley Dias, Grace Mahary and more.

As a leader in the public relations industry, Skai Blue Media provides business development, marketing, and message strategy to nonprofits, tech start-ups, and designers, among other businesses. Rakia’s path to entrepreneurship was led by many creative ventures including a role producing shows for MTV, TLC and Discovery Health networks, but ultimately she wanted to create a company that represented the future of public relations in the digital age.

Rakia has also been recognized as an implementer of great strategy by the Young Entrepreneur Council and was presented the Power to the Community award by PECO for being a community trailblazer. Rakia was also named one of the 25 tastemakers on Dell’s “Inspire 100” list, a list of the most socially influential people in the country.

Rakia has appeared in Lucky, Essence, Entrepreneur, Fortune, Ebony, and Uptown Magazines. She has been a guest editor for Marie Claire and regularly pens pieces for Forbes.com, Small Business Trends, Tech.co, and Business Journals across the country.  She also the on-air expert for HSN for Serena Williams’ Signature Statement clothing line.
RSVP Today! http://bit.ly/2eZaYpM
Share this
1 like
Related Articles
0 Comments