Content Continues to Reign Supreme: Lessons and Reflections from the E3 Gaming Expo

Earlier this month, the ever so anticipated gaming expo, labeled E3, took place in Los Angeles, California. Top companies in the industry came together to host this event for the gaming community and announce upcoming products, projects and services still in development. Opportunities for marketing and funding for these businesses are plentiful; however success not guaranteed for all with regard to recruiting new and veteran gamers.

In an ever changing and exponentially growing field, the amount of approaches toward their target audience is basically infinite for any given company. For example, Bethesda and Sony both left E3 with a variety of different outcomes, primarily due to contrasts in their presentations. Bethesda took a quality product approach, while Sony, a suspense intensive approach. 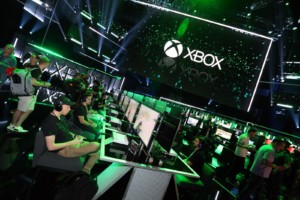 In the aftermath, both yielded polar opposite; yet, beneficial results. Ironically, Sony’s conference was underwhelming. Despite the history and contribution to the gaming community, their portion of E3  left more to be desired. They led each upcoming game trailer with a live culture associated instrumental conceived a mist of silence that fell heavily amongst the crowd. The attempt to build suspense through audio was an amazing idea with profound musical choices that told a captivating story.However, no one was ready for what came next.

The games that were shown were somewhat repetitive or just not good. Elements that did garner a rise from the crowd was specific to a portion of the gaming community who have already pledged their allegiance to preceding storylines. An ideal example would be the difference in the reaction to The Last of Us 2 and Death Stranding. Although, Sony understood the power of suspense and harnessed it well, they left out the actual content people wanted to be excited for in the first place. 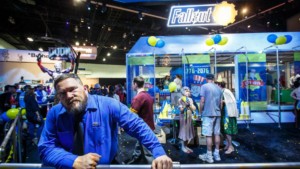 On the other end of E3, in its earlier stages, Bethesda took the stage only armed with confidence and quality and left with much more of using suspense as a vessel for their games. Bethesda took it upon themselves to bluntly showcase what they were working on and the crowd had absolutely no problem with it. They developed content fans have been actually wanting for years such as: The Elder Scrolls 6 and Fallout 76. This display of “gamer loyalty” provided Bethesda with a fanbase wielding the devotion of true Spartans. By focusing on the content and allowing the suspense to manifest on its own, Bethesda gave their audience little time to wither with fresh and genuine responses. Feedback to a service based business is one of the most important “currencies” one could ever receive.

However, reflecting back on this event, we can ascertain feedback is not only a reassuring war cry but also, in some cases, humiliating silent stares. With regard to business metrics, we can determine the value in our next presentations and ask ourselves, “is this pointless suspense or exciting content,” to not only accept the feedback we need but also the type we desire.